The Washington Township Supervisors commissioned a “9/11 Tribute Committee” consisting of 19 volunteers from throughout the area.  Their primary initial purpose was to determine a suitable use for a 4 ft, 1088 lb section of I-beam from the Twin Towers.  A second task was to plan and relocate a Rouzerville World War II monument to the same general area as the tribute.  One of the early proposals was an open design. 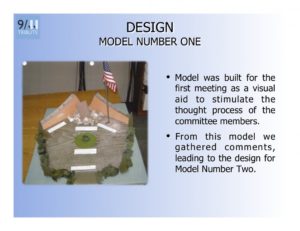 At their first meeting on October 18, 2011, the 9/11 Committee determined to build an enduring testament to events, casualties, heroes and lessons of September 11, 2001.  A location in Red Run Park was chosen.  The committee decided early on not to commercialize the effort.  There would be no corporate or personal contribution plaques.  In addition, there would be no attempt to name casualties as their memories are well commemorated at their respective attack sites.  Two sub-committees were formed at the first meeting: a Design Committee and a Fund Raising Committee. 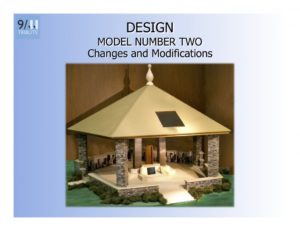 In the following months, Mike Christopher, Township Manager, opened a dialogue with his contemporary in Stoney Creek Township to see if we might get an artifact from the Shanksville area.  As a burial ground for the passengers and crew of Flight 93, we did not expect anything from the crash site itself.  However, when the National Park Service heard of our efforts, they coordinated with the Flight 93 National Memorial and The Families of Flight 93 to provide us with a rock from near the site from the park grounds.  Township personnel drove to Shanksville PA on December 13, 2011, to acquire the second artifact. 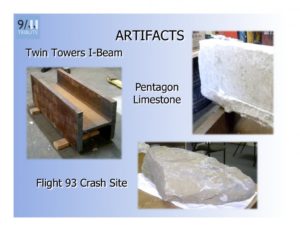 Meanwhile, a question arose whether we might also get an artifact from the Pentagon.  In time we made contact with the Pentagon Renovation and Construction Office who was able to provide a section of limestone from the side of the building.  Township personnel drove to Arlington VA on January 13, 2012, to acquire the last artifact.

The Design Committee’s focus was expanded to include all three artifacts while relaying the story of the entire day, and conveying lesson’s people 50 to 100 years from now should take from the events.  They worked through the end of 2011 and early 2012 iteratively developing the current design approved in February 2012.  They later transitioned to address construction tasks. 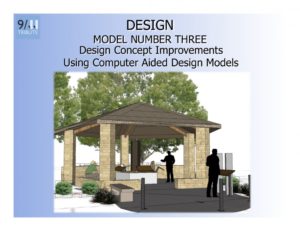 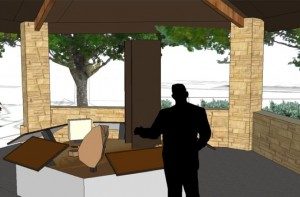 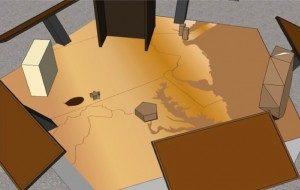 July 6, 2011– Supervisor Kulla brings the idea up at the Township Meeting.  Supervisors agree to look into getting an artifact from the World Trade Center.

 July 18, 2011 – Congressman Shuster’s Office contacts Port Authority of NY/NJ asking them to give the Township an artifact even though the request period had ended.

 July 19, 2011 – Congressman Shuster’s Office advised the Township to write a letter to request the artifact.

 July 19, 2011 – A formal letter was emailed to Congressman Shuster’s office to be forwarded to the Port Authority of NY/NJ requesting a W.T.C. artifact.

 September 26, 2011 – The Township learned the Rouzerville Ruritan Club Board approved the Township to move Memorial to Red Run Park.

 November 4, 2011 – Stoney Creek Township agreed to give Washington Township a rock from the general area of the crash site.

 December 7, 2011 – National Park Service learned of Stoney Creek Township’s offer and instead offered a rock from the crash site.

January 13, 2012 – Township employee’s Gary Shatzer and Geoff Rickett went to Arlington, VA to pick up the limestone artifact from the Pentagon.