The location of the 9/11 Tribute is in Red Run Park, Rouzerville, PA.  The park is to the east of Waynesboro next to Red Run Lake.  The construction site is to be just to the west (left) of the lake, to the north (top) side of the parking lot parallel to Route 16 which runs from the lake to the circled 16 marker. 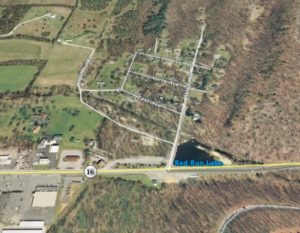 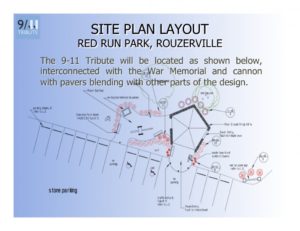